Martin Luther King Jr. Way Phase I is complete. Formerly known as the Riverside Extension. Once completed, vehicular traffic on Spokane Falls Boulevard will be moved away from Riverpoint campus while creating an inviting setting within the University District for commuters. Summer 2009, the Spokane City Council approved Martin Luther King Jr. Way as the name for the Riverside Avenue extension.

This is just Phase I of our plans for the corridor. Phase II, will travel along the Spokane River under the Hamilton Street Bridge to Trent Avenue. The final phase, currently unfunded, will allow access along Erie Street under the Burlington Northern Sante Fe railroad tracks. Phase 2 and 3 will begin right of way purchase in 2011. 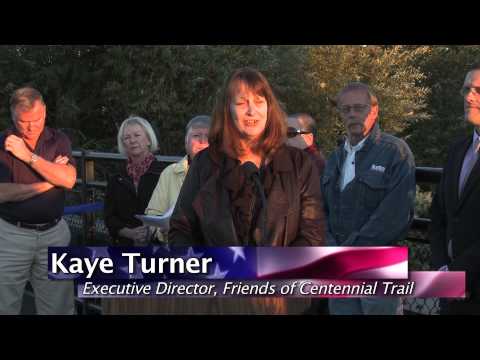 The Iron Bridge completion ceremony was a great event, complete with the Flying Irish running through the ribbon. The historic Iron Bridge has been renovated as a new pedestrian and bicycle bridge that links into the Centennial Trail and other trails. The ceremony featured Mayor David Condon, Friends of the Centennial Trail, Flying Irish Running Group, Council Members Fagan and Snyder, and the Logan and Chief Garry Park neighborhoods.